The mission of our Youth program is to maximize our player's potential, optimize their enjoyment of the game, teach them how to be great teammates, and provide opportunity for them to compete with and against the best players in the country.  We train our players how to be great, we have a lot of fun doing it, and we help them reach their goals.  We are passionate about the process and we care about every player that comes through our program.  We measure our success by the success of our players on and off the field.  Through the life-lessons learned playing lacrosse, we are proud to take hand in helping mold the next generation of leaders. 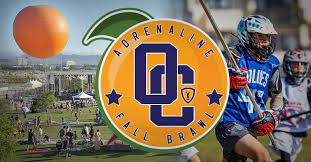 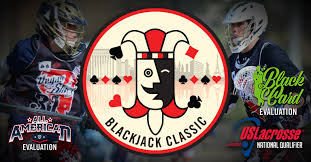 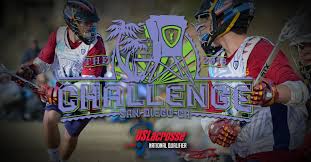 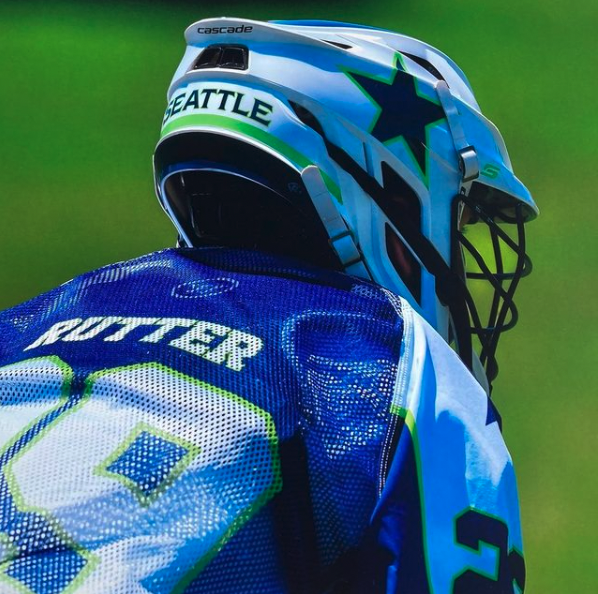 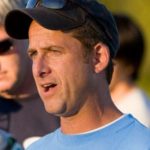 SCOTT KELLY - MANAGING DIRECTOR leads our Youth and Middle School Boys’ program. In his 15+ years coaching Seattle Select lacrosse, he has led teams to over 40 regional/national tournament championships.  Kelly is a Maryland native who played high school ball in the highly competitive Baltimore prep system and club lacrosse at the University of Maryland.  Many players Kelly has coached have moved on to play NCAA D1 lacrosse for highly regarded lacrosse programs including Navy, Ohio State, Maryland, and Denver. 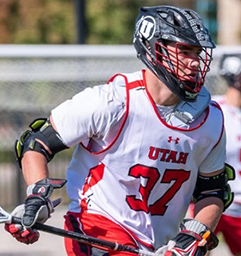 KELLEN HOKE, Starz '19, is currently a faceoff on the University of Utah's men's lacrosse team. In his senior year of high school, Hoke was named a U.S. Lacrosse All-American and All-Academic, an Adrenaline All-American and he also earned first team all-state honors at faceoff (for the second year in a row) and midfield. Three of his four years at Skyline HS, the team played in the 4A WA state championship game, which the Spartans won in 2017. 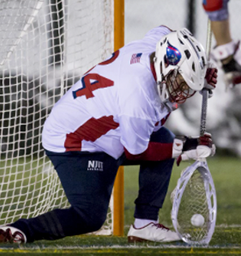 CAM CRONK ,Starz '15, graduated from the New Jersey Institute of Technology in 2020 where he was on the NCAA D1 Men's lacrosse team for four years.  The mechanical engineer major played in 9 games, starting 5, for the Highlanders in 2018 and posted a .469 save percentage.  Cam is also an alum of West Coast Starz. 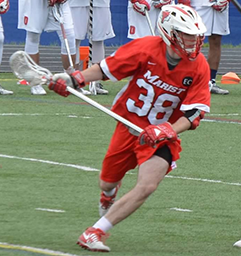 JACK DOLAN graduated from Marist College in 2019 where he was on the NCAA D1 men's lacrosse team for 4 years.  During his time there the Red Foxes played in 3 MAAC Championships, winning the conference in 2019 and earning an AQ to the 2019 NCAA tournament. Jack grew up in San Diego, CA and went to Poway High School. 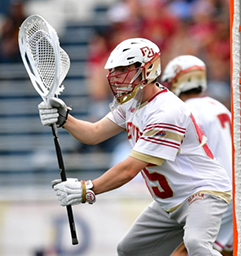 JOSH MATTE ,Starz '16, graduated from the University of Denver in 2020 where he was on the NCAA D1 Men's lacrosse team for four years.  During his time with the Pioneers the team won 3 Big East regular season championships and advanced to the NCAA Final Four in 2017 and Quarterfinals in 2018.  Josh is also aWest Coast Starz alum. 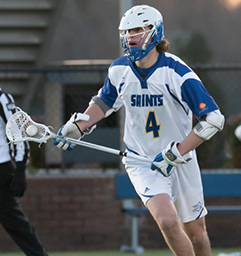 CHRIS HAYCOCK ,Starz '19, is a sophomore for NCAA D2 Limestone University Men's lacrosse team. The Saints are currently ranked number 5 in the country. In the shortened 2020 season, the 6'8 midfielder tallied a goal and assist in the opening game.  Chris was named to the Spring 2020 Conference Carolinas Presidential Honor Roll. 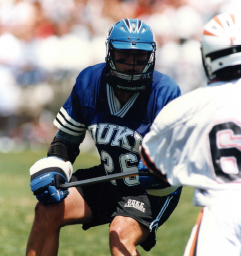 GREG EHRNMAN was an All-ACC and Honorable Mention All-American defenseman from Duke University. During his time with the Blue Devils, he played in 3 NCAA Tournaments including the 1997 Final Four. Now living in Washington for over 20 years, Greg  brings experience coaching at the college club (UW), high school and youth levels. Greg has most recently been coaching with the Mount Si Youth Program for the past 5 seasons. 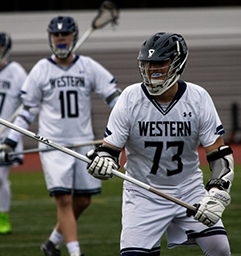 NOLAN HARRIS  ,Starz 17' , is currently a close defender and captain at Western Washington University. Prior to attending Western Washington University, Nolan played and Snohomish HS. He began his coaching career as a sophomore in high school coaching for a variety of different local programs including Snohomish and Eastlake Youth Lacrosse, Seattle Starz, and Time Bandits. 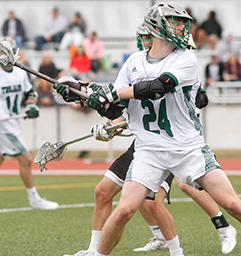 TYLER KEELE is a Mulkiteo, WA native and University of Mount Olive graduate. The NCAA D2 Trojans were ranked as high as 4th nationally during his four years in the program. A first line midfielder, Keele, earned all-conference honors his senior year. KEVIN MCLAM, a 2017 graduate of Denison University, spent 2 years on the roster for the Big Red before taking up a Graduate Assistant Coaching position after injury. In his 4 years at Denison, the Big Red were consistently ranked in the top 10, reaching as high as #3 in the country. Denison also captured 3 conference titles and secured 3 trips to the NCAA Tournament, making appearances in 2 NCAA Elite Eights and 1 NCAA Final Four. In his Freshman season, the Big Red also had their winningest season in program history, finishing 19-1. 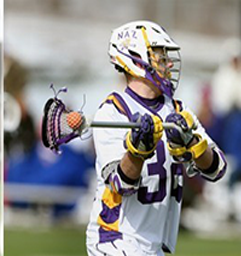 MATT O'NEILL was a four year member of the Nazareth College Men’s Lacrosse team and 2016 graduate. The midfielder played in all 18 games his senior year. In his final season for the Golden Flyers, the purple and gold went 12-6 overall and 7-1 in conference play falling to Stevens in the conference semi-finals. O’Neill was named to the Empire 8 all-conference first team twice and ended his career having scored 71 goals and 20 assists. 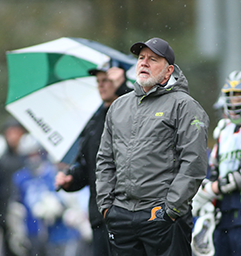 STEVE O'NEILL is one of our most experienced middle school coaches and has been coaching with Starz for over 6 years. Steve has mentored and coached many players that have gone on to be successful at the collegiate level. He has coached in multiple youth programs and was one of the founding coaches for the Eastside Catholic middle school program. Steve started coaching lacrosse with his son Matt who went on to be a standout midfielder at D3 Nazareth. During the regular season, Steve is a member of the Eastside Catholic high school coaching staff. 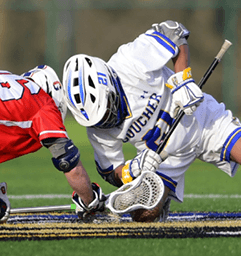 NICHOLAS PATTERSON graduated from Goucher College, where he played Division III lacrosse in Towson, Maryland. Nick was a faceoff midfielder starting in 47 games during his collegiate career.  An environmental science and studies major, Nicholas is currently an Arborist in Seattle and has coached at various camps and tournaments while attending Goucher, in addition to filming showcases. MIKE PECK played defense and LSM for Chico State University from 2013-2016 and Sierra Nevada College in 2017. Mike has coached locally for Bellevue and Newport Lacrosse clubs since moving to Washington. Prior to coaching for Seattle Starz, Mike coached for ADVNC Lacrosse in Sacramento, California. MIKE PITTAS is a veteran Starz coach for both the boys and girls programs. Pittas currently serves as the offensive coordinator for the University of Washington men’s lacrosse program. Prior to joining the huskies he was part of the Eastside Catholic boys coaching staff where he has lead two All-Americans and 13 All-Conference selections. The Crusaders won the 2017 WHSBLA Private A State Championship. Pittas played lacrosse at Robert Morris University. 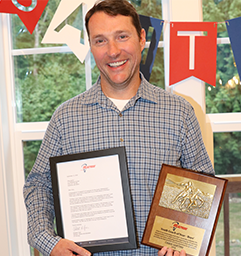 CHRIS SANTINI is originally from upstate New York and played collegiately at SUNY Oswego where he led his team to a top 20 ranking, was named the team's Offensive MVP, and finished his senior year 10th in the nation in points per game.  Chris has been coaching youth lacrosse since 2014 and in 2018 was recognized by US Lacrosse as the Youth Lacrosse Coach of the Year. WADE BUCKTOOTH is a veteran Starz coach. In 2018 he was a member of the Can-Am Champion Onondaga Redhawks. 2012 NALL Jacksonville Bullies, 2009 Iroquois National Team