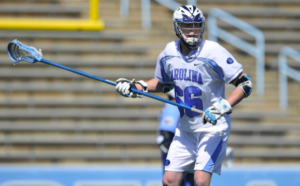 Seattle Starz is excited to announce that Matt Shannon, UNC ’15, will join the HS Boys coaching staff for the 2018 Summer season.

Shannon was a four time letter winner and two year starter for the Tar Heels from 2011-2015. During his sophomore year he led the long stick midfielder unit in both caused turnovers and ground balls. He was a two time recipient of the Baddour Award for Academic Excellence and a three time member of the All-ACC Academic team. The LSM was also honored as the Athletic Department Scholar of the Year in 2014. Shannon brings a wealth of coaching knowledge to the west coast after being on staff for multiple UNC camps and select DC area travel teams. The Connecticut native recently moved to the Seattle area to take an exciting opportunity with Zillow.